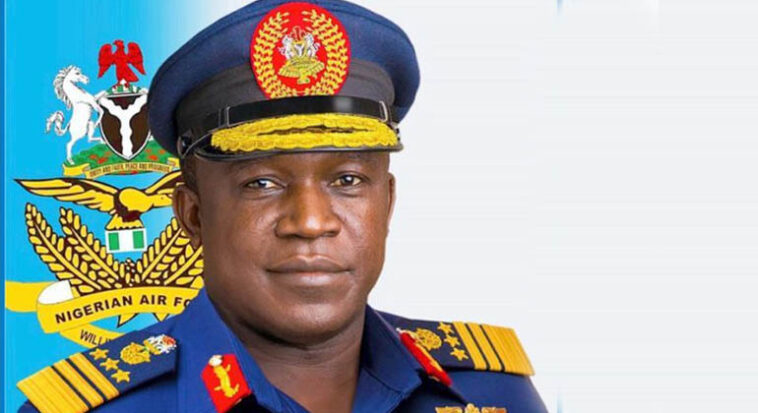 The Chief of the Air Staff, Air Marshal Oladayo Amao, has directed Nigerian Air Force Operational Commanders in various operation theatres across the country to show no mercy to terrorists.

He also ordered them to ensure they employ maximum firepower against terrorists posing security threats in the country, urging them to effectively allocate and utilise all NAF platforms deployed for operations in the North-West and North-Central for enhanced operational effectiveness.

These, according to him, would deny the terrorists freedom of movement while boosting the populace’s confidence on the Service.

The Air Chief was quoted to have stated these in a statement on Wednesday by the Director of Public Relations and Information, Air Commodore Edward Gabkwet, during a visit to Air Officers Commanding and Air Component Commanders at the NAF Base in Kaduna on Tuesday.

The statement partly read, “Though the security environment remains fluid and uncertain with terrorists moving between the northeast, northwest and north central, the need to continually modify NAF’s air power strategies to stay ahead of the asymmetric and unconventional nature of terrorists’ activities is of paramount importance.

Back to Top
Close
X
"Tinubu's government will be fair to all" – Shettima…Latest NewsShettima stated this on Tuesday at the one-year memorial service for Dr. Emmanuel Abiodun, father of the Ogun State Governor, Dapo Abiodun, which was …

X
Dev Patel: Actor breaks up knife fight in Australia…Latest NewsDev Patel successfully broke up a knife fight in Adelaide earlier this week, his representatives have confirmed.The actor, who has starred in Slumdog …