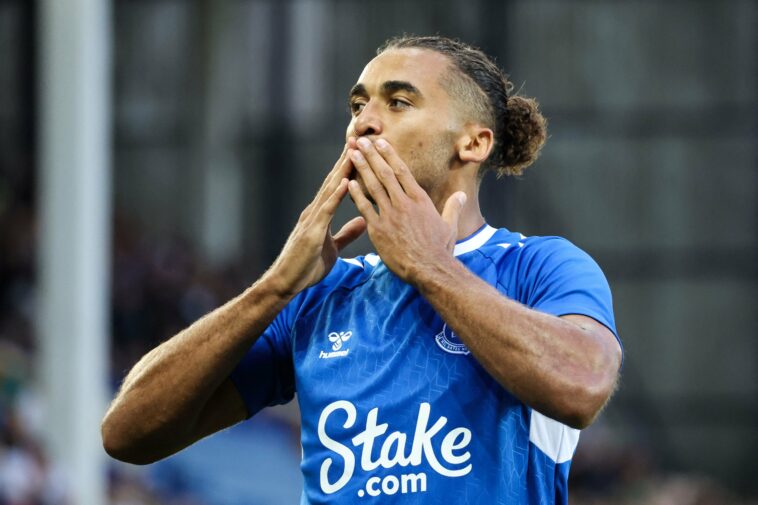 Frank Lampard has been left with major selection headache for Everton’s opening match of the Premier League season against Chelsea.

Dominic Calvert-Lewin will miss Saturday’s clash at Goodison Park after picking up an injury in training, with his boss confirming that the striker is set for a spell on the sidelines.

It remains to be seen who Everton start up front, with Salomon Rondon also unavailable due to suspension.

“We are assessing Dom’s injury,” Lampard said. “No timeframe has been confirmed and we are pretty sure what level it is so we are hopeful it is not long-term.

“We’ll miss him for Chelsea. He was looking in great physical condition and was training really well. It was a freak injury in training, which does happen. It’s a shame but we have to find the solutions to keep ourselves strong without Dominic before he returns.”

Calvert-Lewin made a flying start to last season but then had much of his campaign disrupted by injury, only returning for the final few matches to help Everton avoid relegation to the Championship…