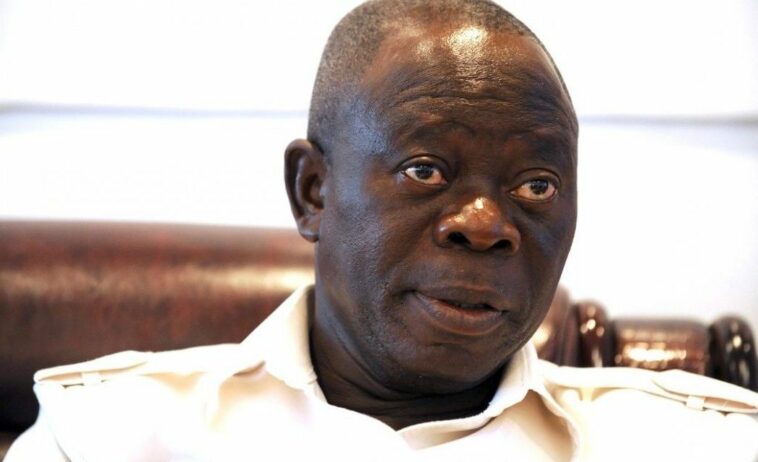 A former governor of Edo state, Adam Oshiomhole, has said that the Christian Association of Nigeria (CAN) has no business in political decisions.

He spoke as a guest on Arise TV’s Morning Show on Wednesday.

The APC’s Muslim-Muslim presidential ticket had elicited widespread criticisms across the country, with groups such as CAN frowning at its insensitivity to Nigeria’s religious realities.

“CAN in all respects is not a political party,” said Mr Oshiomhole.

“And you do not expect people who have expectations and when they suddenly find that they are dashed to celebrate in terms of personal interests.”

X
Documentary on banditry: NBC fines Trust TV N5m over infractions…HeadlinesVanguard The National Broadcasting Commission (NBC) has imposed a fine of N5 million on Trust Television Network (Trust TV) over the broadcast of…