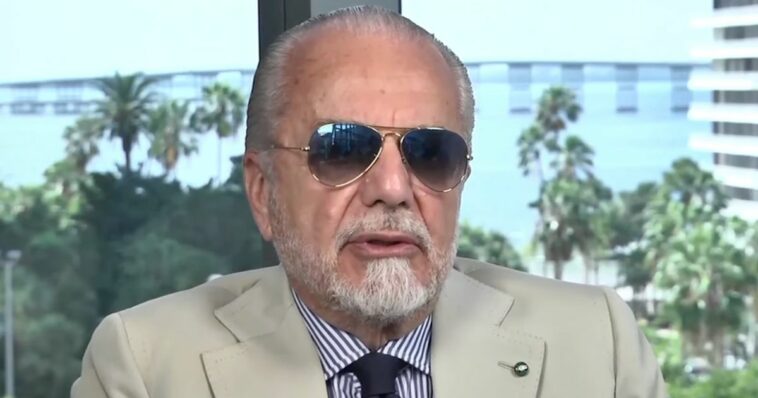 Napoli president Aurelio De Laurentiis is never shy of letting his feelings known, and he’s unleashed an extraordinary rant by saying “don’t talk to me about Africans anymore.”

The Italian side have just sold Senegalese star Kalidou Koulibaly to Chelsea, but it appears that the Napoli chief does not want to sign any stars in his squad that are wanting to play in the Africa Cup of Nations. Star striker Victor Osimhen controversially missed out on AFCON earlier this year, and De Laurentiis wants his other African players to follow suit.

The 73-year-old has incredibly said that he ‘loves’ Napoli’s African players, but does not think it’s fair to pay them so well due to the time they spend away on international duty. After Koulibaly left that now leaves just Victor Osimhen and Andre-Frank Zambo Anguissa who represent African sides, and De Laurentiis has vowed not to sign any other stars who wish to take part in the tournament.

“I told them lads, don’t talk to me about Africans anymore!” said De Laurentiis during a streamed event. “I love them, but either they sign something confirming they’ll back out of playing the Africa Cup of Nations, or otherwise between that tournament, the World Cup qualifiers in South America, these players are never available! We are the idiots who pay salaries only to send them all over the world playing for others.”

Koulibaly was a vital part of Senegal’s AFCON winning side earlier this year, but De Laurentiis was clearly unhappy with the amount of time he spent away from Naples…