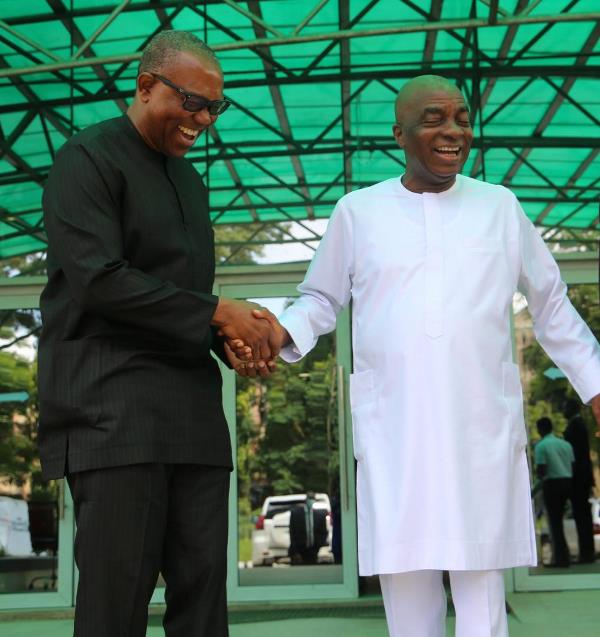 The Labour Party’s Presidential candidate, Dr. Peter Obi is certainly now the beautiful bride of the church ahead of the 2023 presidential election.

He has been playing the religious card very well to his own favour and his being a Christian is working towards his aspiration.

Apart from Rev. Father Ejike Mbaka who took a swipe at him for being stingy and did not see him being president in 2023, some other church leaders are queuing behind him.

He has now become a darling to the Nigerian churches, as they see him as the ‘best’ candidate for the job.

Obi has been wooing the churches with his series of visits to identify with them as he believes that they will catapult him to Aso Rock next year.

At the last count, the Labour Party’s presidential candidate has visited up to 10 Christian gatherings. He has capitalised on the Muslim-Muslim ticket adopted by the APC to sway the Christian community to his side.

One of his die-hard supporters is…

Peter Obi: The beautiful bride of the Church