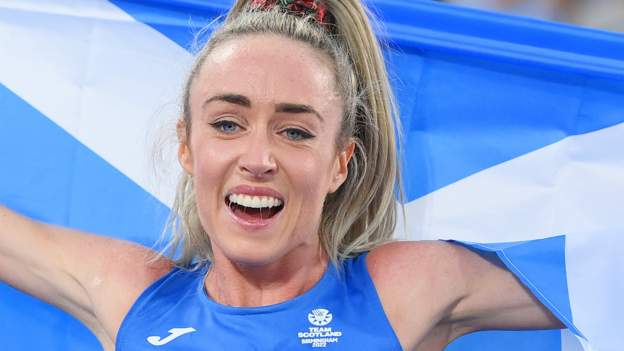 Scotland’s Eilish McColgan won her first major title as she strode away to the Commonwealth 10,000m title on a swell of cheers in Birmingham.

McColgan, whose mother Liz won the same title in 1986 and 1990, found herself locked together with Kenya’s Irine Cheptai with a lap to go.

Cheptai, who finished sixth ahead of McColgan at the Tokyo Olympics, opened up a metre’s lead on the back straight.

But McColgan grittily fought on to reel her in and land her biggest win yet.

“This is the most incredible moment of my career,” the 31-year-old said.

“I couldn’t hear myself think or breathe, in that last 100m the crowd carried me.”