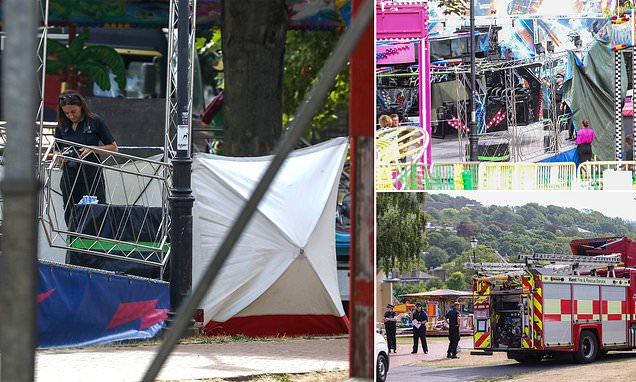 A schoolboy has died following a ‘serious incident’ at a fairground this morning.

Emergency crews were called to Forrest Family Fair in a park in Dover, Kent around 7.45am.

An area of parkland where the fair was being held has been cordoned off by police, with ambulances and the fire service also at the scene.

An investigation has been launched to establish exactly what happened as the fiar was not due to open until later today.

Forrest Amusements, which run the fair, refused to comment to MailOnline.

When asked about local reports – that a group had broken in and started a ride before the accident happened – a spokesperson declined to speak further.

Back to Top
Close
X
Dev Patel: Actor breaks up knife fight in Australia…Latest NewsDev Patel successfully broke up a knife fight in Adelaide earlier this week, his representatives have confirmed.The actor, who has starred in Slumdog …