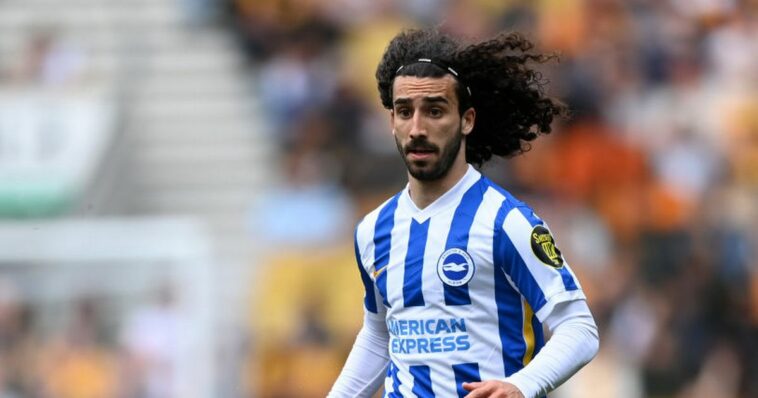 Brighton & Hove Albion full-back Marc Cucurella has been linked with Chelsea and Manchester City this summer, but the Seagulls say no agreement has been reached over a deal

Brighton have issued a statement to say that no agreement has been reached with any club over the sale of Marc Cucurella.

The Seagulls have put a statement out on social media to confirm that there is no deal in place for the Spaniard to leave the club, after reports emerged that Chelsea had agreed a fee in the region of £52million for the former Getafe man.

It had been reported by Italian journalist Fabrizio Romano earlier this evening (Friday) that the Blues had already agreed personal terms with Cucurella, stating that a medical and the signing of the contract were the only things that should remain before an official announcement is made.

But in a post published on Twitter, Brighton said: “CLUB STATEMENT: MARC CUCURELLA. Contrary to inaccurate reports from numerous media outlets this evening, no agreement has been reached with any club to sell Marc Cucurella.”

EXCLUSIVE: Brit SPLITS from Ukrainian refugee he had an affair with