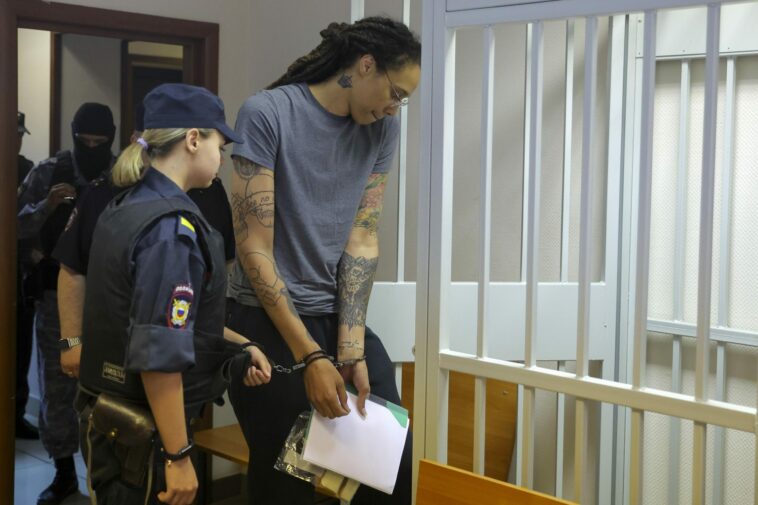 American basketball star Brittney Griner apologized to her family and her team as a Russian court heard closing arguments in her drug possession trial said it expected to deliver a verdict Thursday.

In her final remarks, Griner said she had no intent to break Russian law by bringing vape cartridges containing cannabis oil with her when she flew to Moscow in February.

“I made an honest mistake, and I hope in your ruling it does not end my life,” she said.

Prosecutors asked the presiding judge to sentence Griner to 9 1/2 years in prison.

The closing day of her trial comes nearly six months after Griner’s arrest at a Moscow airport in a case that has reached the highest levels of U.S.-Russia diplomacy, with Washington proposing a prisoner exchange. Under Russian law, the 31-year-old Griner faces up to 10 years in prison if convicted.

Although a conviction is all but certain, given that Russian courts rarely acquit defendants and Griner has admitted to having vape cartridges with cannabis oil in her luggage, judges have considerable latitude on sentencing.

Back to Top
Close
X
Killing of 7: Ex-SSG calls for Uzodimma's immediate resignation…Latest NewsDaily PostUche Onyeagocha, the immediate past Secretary to the Imo State Government on Thursday asked the state governor, Hope Uzodinma, to resign sin…

Griner apologizes as Russian court prepares to give verdict