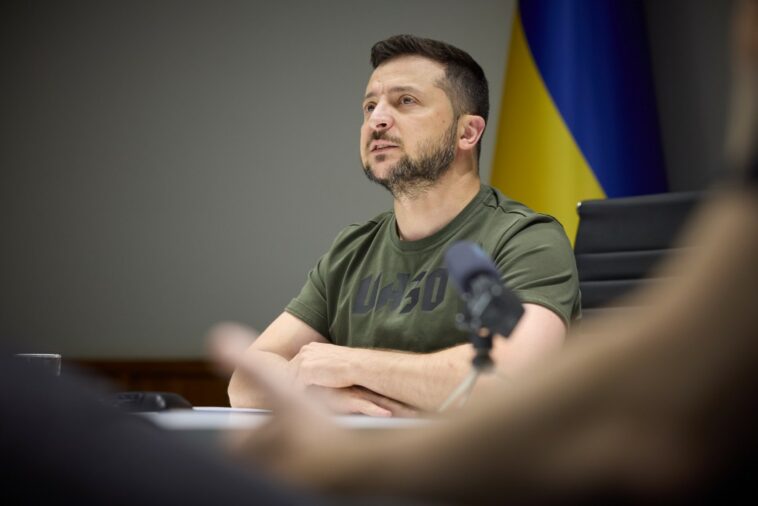 Ukraine seeks to expand ties with African countries and began this process even before Russia’s full-scale invasion of our territory. President Volodymyr Zelenskyy emphasized this during an online meeting with African journalists, in particular with media representatives from Nigeria, South Africa, Kenya and Ghana.

“We in Ukraine are changing this policy. And we began to change it before the start of a full-scale war on the part of Russia. Even during the war, I appointed a special representative of Ukraine for the Middle East and Africa. We want to expand our ties. It is very important for us. We also strive to find different areas for investment,” said Volodymyr Zelenskyy.

The President noted that the Minister of Foreign Affairs of Ukraine is planning a tour of African countries in the autumn.

“I can’t do it now because of the war. I planned it before the war, and I am sure that I will do it after the war,” he added.

The Head of State recalled that already after the beginning of the full-scale invasion of Russia, he had phone conversations with the leaders of many African countries.

“We were able to raise this layer, which our diplomacy had previously forgotten about. And I believe that it is a common problem of Ukraine and the countries of the African continent that we did not get closer to each other during the years of independence of our state,” said the President.

Volodymyr Zelenskyy is convinced that in the future Ukraine and African countries will have many joint economic projects. According to him, our state is ready to be a guarantor of food security in African countries. Ukraine also strives for cultural exchange. In addition, our state has one of the most developed IT industries in the world, a very high level of digital services for the population and is ready to share this experience…

Back to Top
Close
X
Uduak Akpan resisted handcuffing and tried to strangle one of the lawyers in the courtroom before he…In the NewsJust came off the phone with Ifiok, Ini Umoren's sister who was at the court today. She said that after his verdict and sentence was read out, Uduak A…

Head of State: Ukraine is changing its policy towards Africa and seeks closer cooperation with African countries

X
NDLEA destroys over 560,068kg of illicit drugs in landmark exercise in Lagos…In the NewsTVC News   The National Drug Law Enforcement Agency, NDLEA has destroyed Over 560,068.31414 kilograms of assorted drugs in furtherance of its war agai…