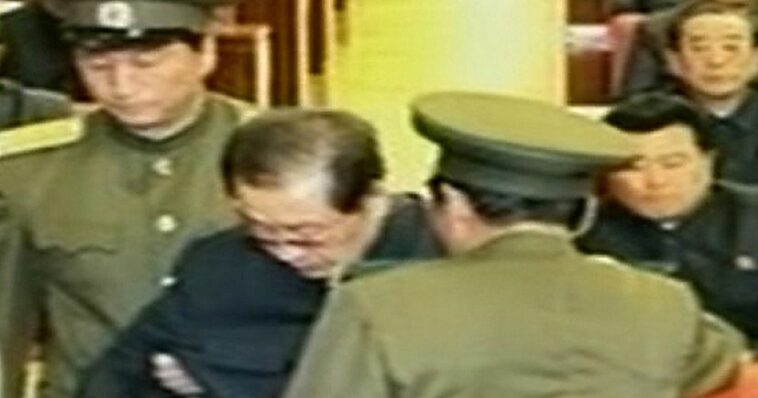 The uncle of Kim-Jong-un was killed after being hunted down by dogs and stripped in a cruel execution.

A Chinese state-backed newspaper claimed that Jang Song-thaek was killed and fed to 120 hounds that had been starved for a total of three days, before devouring his human flesh in 2013.

Jang was once described by the state as “despicable human scum, worse than a dog”.

Further reports suggest officials watched as the dogs tore into their meal, while eight of Jang’s close allies were also executed by the state.

The North Korean leader is known for his brutal dictatorship – in which any dissent against the regime is likely to be met with a brutal crackdown from the country’s security forces.

The purge was reportedly the removal of “factionalist filth” in the communist state, according to Kim Jong-un.

Jang, who is said to have fainted during the ordeal, was at the time considered the North’s most powerful figure.

Back to Top
Close
X
Sex abuse and the Mormon church 'help line': 4 takeaways…More NewsWhen an Arizona bishop in The Church of Jesus Christ of Latter-day Saints, widely known as the Mormon church, learned that a member of his ward was se…