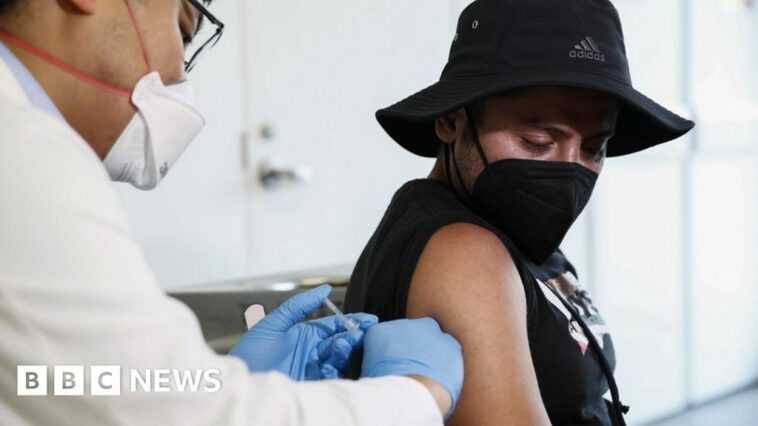 The US government has declared the monkeypox outbreak a public health emergency following a spike in cases.

The decision will speed up the distribution of vaccines, treatments and federal resources to curb the spread of the virus.

It comes less than a fortnight after the World Health Organization (WHO) issued its highest emergency alert following a worldwide surge in cases.

Cases have topped 6,600 in the US, according to health officials.

A quarter of these cases have appeared in the state of New York, which declared its own state of emergency over the disease last week.

The two states with the next highest caseloads – California and Illinois – declared states of emergency earlier this week.

Back to Top
Close
X
Chinese missiles strike seas off Taiwan, and some land near Japan…World NewsNew York TimesThe six zones were chosen for their importance in a potential campaign to seal off Taiwan and thwart foreign intervention, Major General…

X
13 people dead after blazing inferno rips through restaurant and pub in Thailand…World NewsA blazing fire that demolished a pub and restaurant resulted in the death of 13 people with dozens more injured, it has been reported.The Mountain B b…