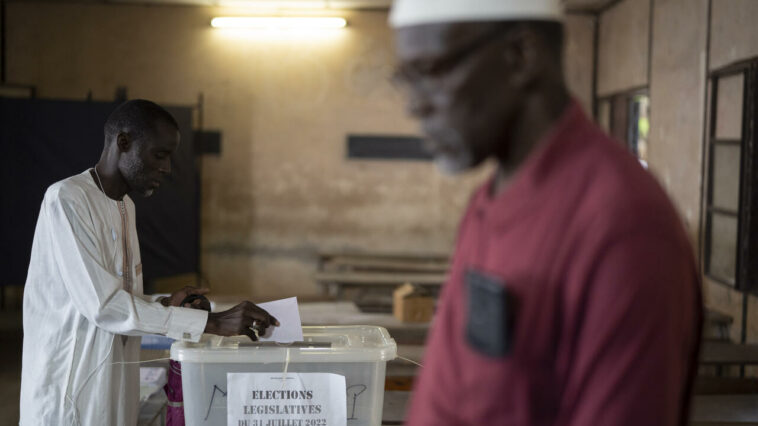 A Senegalese opposition leader on Wednesday called on supporters to be ready to defend their votes by any means, alleging the ruling party of President Macky Sall wanted to steal a legislative election that the opposition claims to have won.

“Macky Sall wants to confiscate our victory but we will not accept it,” said opposition leader Ousmane Sonko at a media conference of the coalition Yewwi Askane Wi (YAW).

“I am asking the Senegalese people to defend their votes by all means.”

Tensions have run high in the politically stable West African country of 17.5 million since violent protests broke out last year, after Sonko, who came third in the last 2019 presidential election, was arrested on rape charges. Sonko denies the allegations.

Acrimony has also been fuelled in part by Sall’s refusal to rule out breaching term limits by running for a third term.

On Monday, another opposition coalition known as Wallu Senegal said it and allied YAW had defeated the ruling party in most departments. The ruling coalition said it had won 30 out of Senegal’s 46 administrative departments.

YAW plans to ask the appeals court on Thursday to open ballot boxes, so YAW can show evidence to back up its allegations, said Fall.