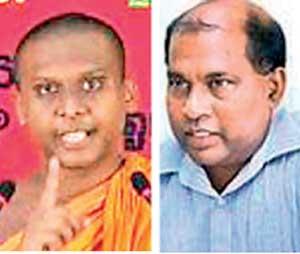 The arrest of Stalin was made moments after the special police announcement was made at the Galle Face asking all the protesters and demonstrators to vacate the premises and remove the makeshift tents by Friday (05th) evening 5.00pm.

A team of over 15 policemen from the Fort Police Station who arrived at the teachers’ trade union office ‘Guru Medura’ on Sir Chittampalam A. Gardiner Mawatha had placed General Secretary of Ceylon Teachers’ Union Joseph Stalin under arrest.

Live video footages aired by journalists who were present at the scene showed how Stalin was questioning reasons for his arrest as the policemen were taking him away in two jeeps.

However, few hours before this, a police…

X
Sex abuse and the Mormon church 'help line': 4 takeaways…More NewsWhen an Arizona bishop in The Church of Jesus Christ of Latter-day Saints, widely known as the Mormon church, learned that a member of his ward was se…