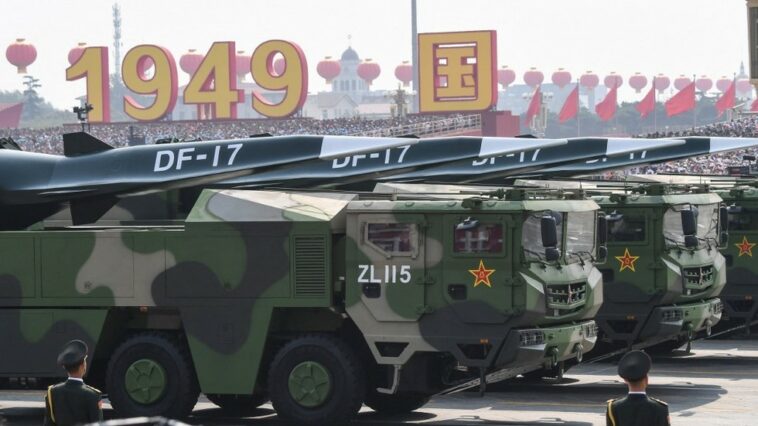 Taiwan accused China on Thursday of “following the example of North Korea” by firing ballistic missiles near the territory of other countries. Earlier, Japan said that a number of Chinese missiles splashed down in its exclusive economic zone.

Beijing announced on Thursday afternoon that it had fired several long-range weapons into the eastern part of the Taiwan Strait, with Chinese media outlets reporting that Dongfeng DF-17 hypersonic missiles may have been used in the exercise. Taiwan said that the projectiles, 11 in total, landed to the northeast and southeast of the island, while Japan claimed that five of these missiles landed in its exclusive economic zone, which overlaps with China’s maritime zone close to Taiwan.

Back to Top
Close
X
Happy Mondays star Paul Ryder laid to rest: Shaun Ryder pays tribute at funeral for bassist brother…More RifsArticles | Mail Online The family, friends and old bandmates of Happy Mondays bassist Paul Ryder have put their loved one to rest at his funeral this …

X
The pro-life movement isn’t in Kansas anymoreMore RifsNational ReviewSecond, and relatedly, be willing to compromise. Compromise is painful when it means leaving some children to their deaths; no later pr…