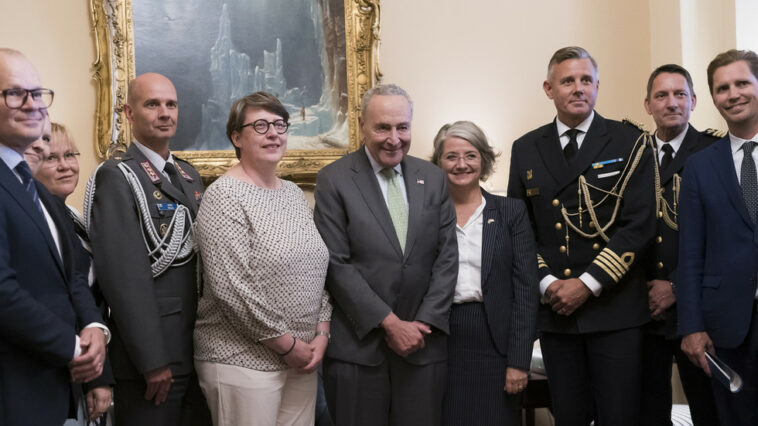 The US Senate has voted overwhelmingly to ratify Sweden and Finland’s membership in the NATO alliance, another step toward expanding the US-led military bloc after its 30 members formally committed to the move.

Lawmakers approved the measure 95-1 on Wednesday, in what President Joe Biden called a “historic vote” which “sends an important signal of the sustained, bipartisan US commitment to NATO.”

“The United States remains committed to the security of Sweden and Finland. We will continue working to remain vigilant against any threats to our shared security,” the president added, vowing to sign the accession protocols to formally approve the two countries’ membership.

Missouri Republican Josh Hawley was the sole senator to vote against ratification, arguing that “sending more forces and resources to Europe to defend new allies”…

X
America faces catastrophic teacher shortageMore RifsBy Hannah Natanson  Rural school districts in Texas are switching to four-day weeks this fall due to lack of staff. Florida is asking veterans with no…