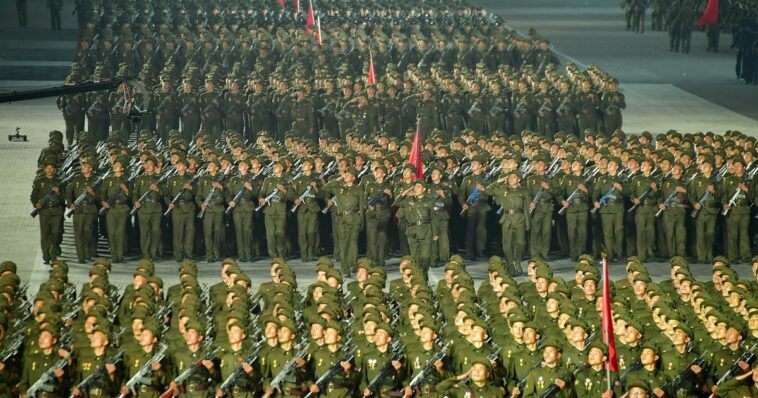 Up to 100,000 North Korean soldiers could be sent to bolster Vladimir Putin’s forces fighting Ukraine.

A leading defence expert in Moscow, reserve Colonel Igor Korotchenko, told state TV: “We shouldn’t be shy in accepting the hand extended to us by Kim Jong-un.”

North Korea has made it clear through “diplomatic channels” that as well as providing builders to repair war damage, it is ready to supply a vast fighting force, reported Regnum news agency.

The southeastern regions of Donetsk and Luhansk, known as the Donbas, have been controlled by Moscow-backed separatists for almost eight years.

Back to Top
Close
X
13 people dead after blazing inferno rips through restaurant and pub in Thailand…World NewsA blazing fire that demolished a pub and restaurant resulted in the death of 13 people with dozens more injured, it has been reported.The Mountain B b…

100,000 North Korean soldiers could be sent to join Putin’s forces in Ukraine