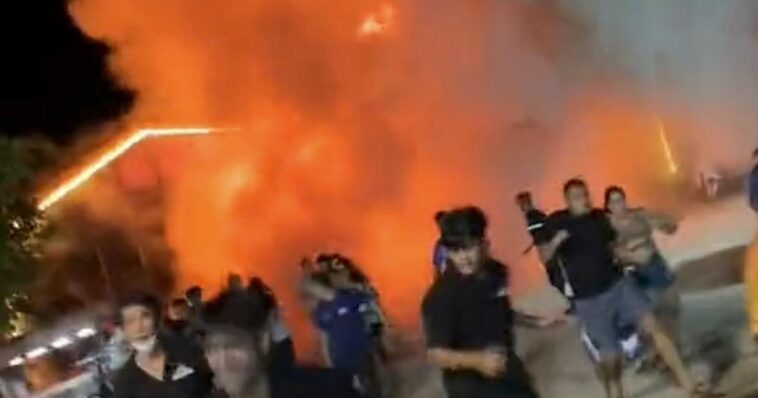 A blazing fire that demolished a pub and restaurant resulted in the death of 13 people with dozens more injured, it has been reported.

The Mountain B bar and eatery in the Sattahip district of Chonburi province in Thailand was ravaged by an inferno that tragically claimed the lives of four women and nine men as well as injuring another 30 people.

The blaze erupted at around 1am local time (7pm UK time) on Friday (August 5) as Police Major General Atthasit Kitchahan, commander of the Chonburi Provincial Police, attended the scene at 3:30am (9:30pm UK time), the Daily Mirror reports.

Owner Ms Thanyapat Sornsuwanhiran told the Major General that before rapidly spreading downstairs, the fire initially begun on the roof.

After entering the premises, authorities found a multitude of bodies including four dead in the men’s bathroom, three behind the DJ booth, one at the cash desk behind the bar and three in front.