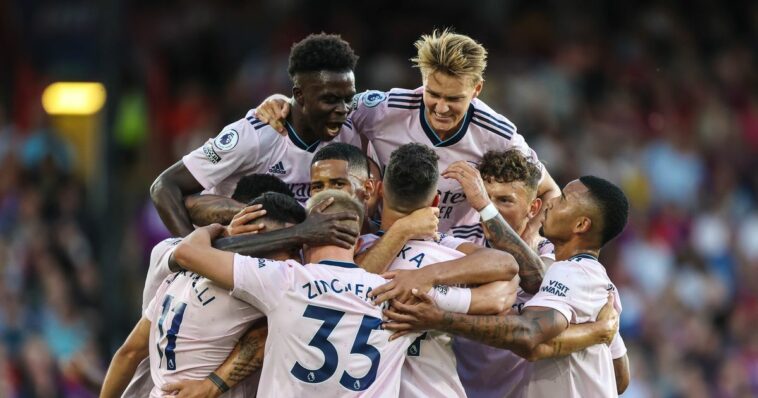 A header from Gabriel Martinelli and deflected Bukayo Saka shot gave Arsenal a two-goal opening day victory at Crystal Palace – who they had beaten just once in their previous eight attempts.

Martinelli broke the deadlock in the 20 th minute as he headed home from a clever corner routine that saw Oleksandr Zinchenko peel away into space at the back post, with his header across the face of goal being turned in by the Brazilian.

That made up for the forward spurning a glorious opportunity to open the scoring in the third minute as he skewed his effort wide from point-blank range. It summed up the dominance from the visitors in the opening half-hour, with Palace unable to get out of their own half.

Yet the home side grew into the game as the half went on – Odsonne Edouard twice was denied from close range as Arsenal’s control of the game declined under the home side’s pressure. Yet Palace could not find a leveller and it was a deflected effort from Saka that settled the game late on.

X
Liverpool disappoint on Premier League opening day, held by Fulham…English FootballPeople’s Gazette Aleksandr Mitrovic scored twice on a sweltering afternoon in London to help Fulham hold a disappointing Liverpool side to a 2-2 …