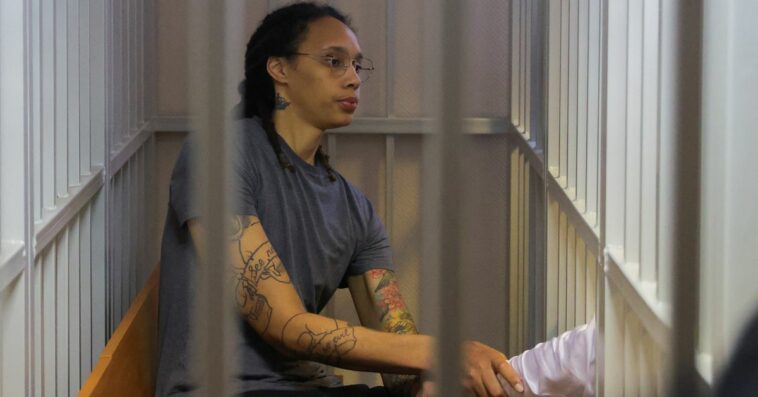 Russia said on Friday it was ready to discuss a prisoner swap with the United States in private, a day after a Russian court jailed U.S. basketball star Brittney Griner for nine years for a drugs offence.

The case against Griner, a two-time Olympic gold medallist and Women’s National Basketball Association (WNBA) star, plunged her into a geopolitical maelstrom after Russia sent troops into Ukraine on Feb. 24.

“We are ready to discuss this topic, but within the framework of the channel that was agreed upon by presidents Putin and Biden,” Lavrov said during a visit to Cambodia.

“If the Americans decide to once again resort to public diplomacy … that is their business and I would even say that it is their problem.”

U.S. Secretary of State Antony Blinken said Washington was prepared to engage with Moscow through the established diplomatic channels. He said Griner’s conviction highlighted her wrongful detention by Russia and further compounded the injustice that had been done to her.

The Kremlin has remained tight-lipped on the prospect of a swap, saying that if prisoner exchanges were discussed in the media, they would never happen.

“The Americans have already made that mistake, suddenly deciding to use megaphone diplomacy to resolve these issues,” Kremlin spokesman Dmitry Peskov said.

“This is not how they are resolved.”

Peskov declined to comment on the court’s ruling on Griner. When asked if she could be pardoned, he said that the clemency procedure was coded in Russian laws.

Griner’s sentence – which Biden called “unacceptable” – could pave the way for a prisoner swap that would include the 31-year-old athlete and a prolific Russian arms dealer serving a 25-year prison term in the United States.

The United States has already made what Blinken called a “substantial offer” to secure the release of Americans detained in Russia, including Griner and former Marine Paul Whelan.

After Griner gets jail, Russia ready to discuss swap with U.S.

X
Love Island's Luca says 'she's got the hump with me' after tense…In Other NewsLove Island's Gemma Owen and Luca Bish were spotted looking tense as they returned home after filming the reunion for the 2022 series.Pictures of the …