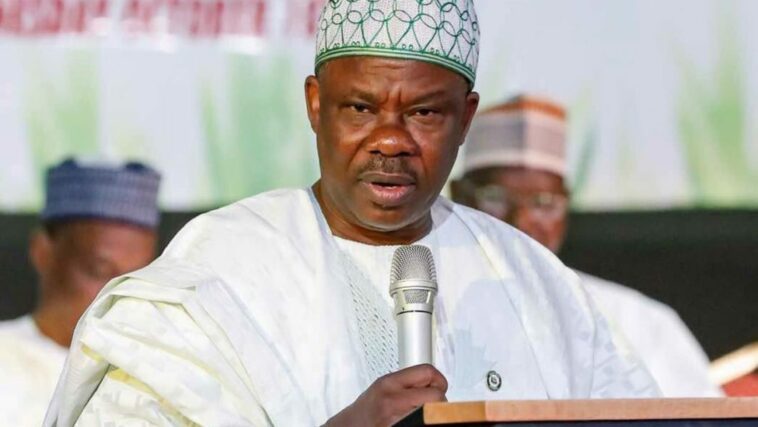 Amosun had backed Adekunle Akinlade who contested on the platform of the Allied Peoples Movement (APM) against Abiodun who was the candidate of the All Progressives Congress (APC).

In the end, Abiodun defeated Amosun’s anointed candidate with a margin of 19,517 votes.

More than three years after the election, Amosun who represents Ogun Central at the Senate, declared that his friend turned foe, Abiodun did not win that election.

He spoke on Friday in Abeokuta after receiving an award from the Abeokuta Club to commemorate the 50th anniversary of the association.

He added that he had moved on because of those orchestrated the rigging have apologized to him.

“During the last election, thank God, Chief Osoba is here, I have said it, we won convincingly. They rigged, rigged, and ended up with 19,000.

“Some of them came to apologise to me. I can be mentioning names. We won that election. But I have moved on. We did our work, we will continue to do what we have to do. God will be with all of us,” the former governor said.

Speaking later in an interview with newsmen, Amosun declared that he was not in support of Abiodun’s administration, saying he must be removed.

Back to Top
Close
X
2023: Peter Obi Is Better, More Experienced Than Atiku – Keyamo…Political LandscapeLatest Political News in Nigeria Today, 5 August 2022 The Minister of State for Labour and Employment, Festus Keyamo who also doubles as the spokesper…

Amosun: Those who rigged Abiodun into office have apologised, but he must be removed