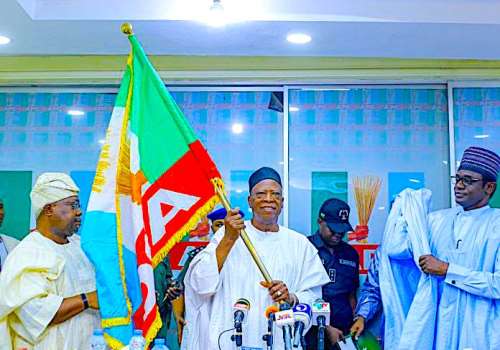 The governing All Progressives Congress (APC) is, once again, mired in crisis. This time around, the governing party is walking a tightrope, which appears to be strangling it by the day. The choice of former Borno State governor, Kashim Shettima, as running mate to the party’s presidential candidate for the 2023 presidential election, Bola Ahmed Tinubu, is tearing the party apart.

The Muslim/ Muslim ticket option has culminated in a gale of defections, with many aggrieved members of the party still threatening to dump the APC. Since Tinubu made the announcement during the last Sallah celebrations that he had settled for Shettima, opposition against the same faith ticket became stiff. Governorship candidate of the APC in Rivers State and a close ally of the former Transportation minister, Rotimi Amaechi, Tonye Princewill, is one of the aggrieved party members who resigned their membership in utter rejection of the Muslim-Muslim ticket.

X
Why Lalong Was Appointed As Tinubu’s Campaign Council DG – Adamu…Political LandscapeLatest Political News in Nigeria Today, 5 August 2022 The National Chairman of the All Progressives Congress (APC), Abdullahi Adamu, has revealed why …