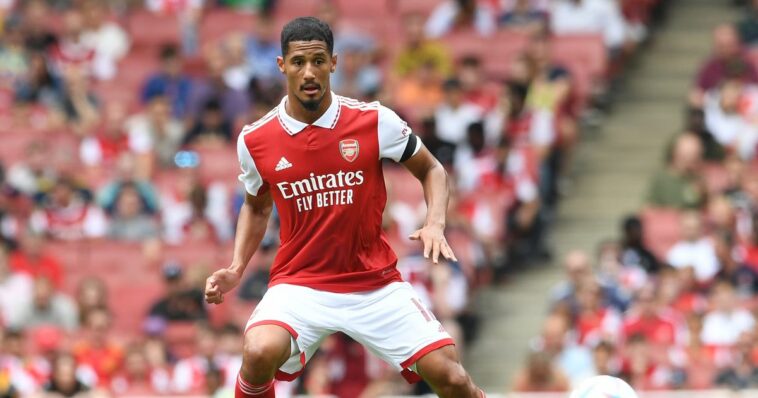 William Saliba makes his first Premier League start as Arsenal take on Crystal Palace at Selhurst Park in the first game of the 2022/23 season. The Frenchman joined the Gunners all the way back in 2019, but will finally make his first competitive appearance in this Friday night clash.

Gabriel Jesus and Oleksandr Zinchenko also make their first Premier League appearances in an Arsenal shirt. The pair joined from Manchester City in the summer and have been trusted from the off at left back and centre forward respectively.

In goal Aaron Ramsdale will be sporting the number one shirt for the first time after the departure of Bernd Leno earlier this week. In front of him meanwhile Ben White moves over to right back where he will be tasked with the unenviable challenge of keeping Wilfried Zaha quiet.

Martin Odegaard takes to the field in the Premier League for the first time as Arsenal’s official captain in a midfield three with Thomas Partey and Granit Xhaka. Further in front of them Bukayo Saka and Gabriel Martinelli will complete an exciting front line with Jesus that has been devastating throughout pre-season.

There is no place in the line up for Takehiro Tomiyasu, Kieran Tierney, Fabio Vieira or Emile Smith Rowe. Tierney does make the bench though, but Smith Rowe, Vieira and Tomiyasu miss out.