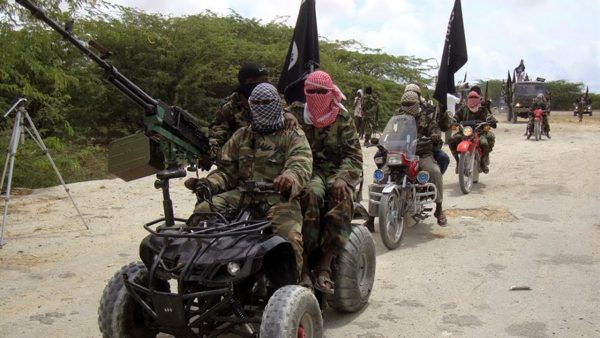 The bodies of the farmers, who were killed on Wednesday, were recovered on the fringe of Sambisa Forest.

He added that the terrorists, who rode on motorcycles, demanded food items before they could continue with their nefarious activities in Borno communities.

According to him, when the farmers could not meet the demand for food, the bandits shot them.

Modu Aisami, a survivor, lamented that one of the farmers escaped with gunshot wounds.

He disclosed that terrorists were suspected to have burst from Gazuwa community in Bama Council.

Troops of 21 Armoured Brigade, Bama, in collaboration with Civilian JTF, on August 2, 2022, stormed a Boko Haram camp and neutralised scores of terrorists.

The OPHK sustained strategic counter-terrorism operations have fuelled “hunger and starvation” in the various Boko Haram camps in the Sambisa forest and the Lake Chad region.

“The operations have forced them to resort to attacking villages and farms to get more foodstuff, money, and medicines among others,” said Musa.