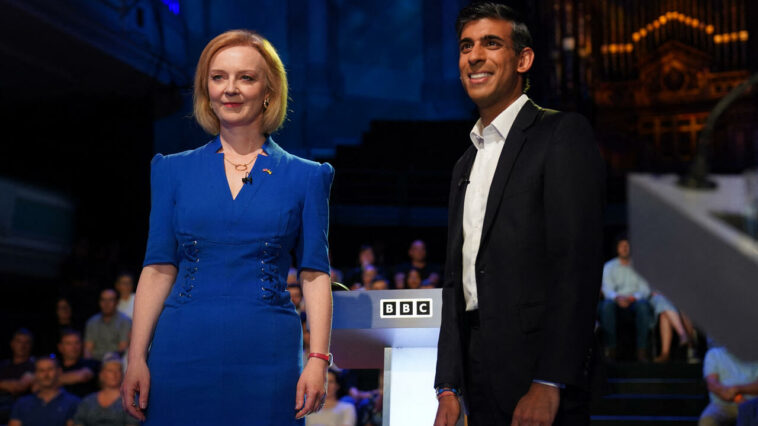 One month before the new Conservative leader and British prime minister is announced on September 5, Foreign Secretary Liz Truss has a commanding lead over ex-chancellor Rishi Sunak among the Tory Party members who decide the outcome – having framed the economic policy debate to her advantage amid an acute cost of living crisis.

The latest polls show Truss has widened her lead over Sunak: 58 percent of the approximately 180,000 Conservative Party members back her, compared to 26 percent who back Sunak and 12 percent who have not yet made up their minds, according to a survey by Tory activist website ConservativeHome published on August 4.

Sunak’s campaign has focused on his reputation for competence, after he steered the British economy through the Covid crisis as chancellor of the exchequer, splashing out more than £300…

Back to Top
Close
X
2023: Keyamo reacts to appointment as Tinubu’s campaign spokesperson…Live NotesThe ICIR MINISTER of State for Labour and Employment Festus Keyamo has expressed his gratitude to the presidential candidate of the All Progressives C…

Can Sunak catch up with Truss in race for Downing Street?