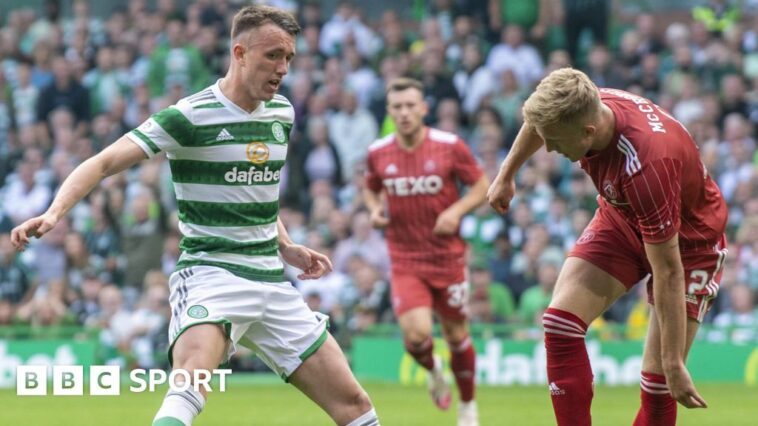 Celtic manager Ange Postecoglou expects “a big year” for David Turnbull, despite suggesting there is tougher competition for midfield places this season.

The 23-year-old Scotland international came off the bench in last weekend’s Scottish Premiership win over Aberdeen but could start against Ross County on Saturday with Reo Hatate absent through injury.

”Bull’s had a good pre-season, he’s made an impact whether he’s started games or last week, when he came on, he was fantastic for us,” Postecoglou said.

X
How Cucurella’s £52.5 million Chelsea transfer affects Zaidu Sanusi…Sports"when:24h allinurl:soccernet.ng" - Google News The Porto star had been linked with the seagulls, and with Cucurella’s transfer to Chelsea, a…