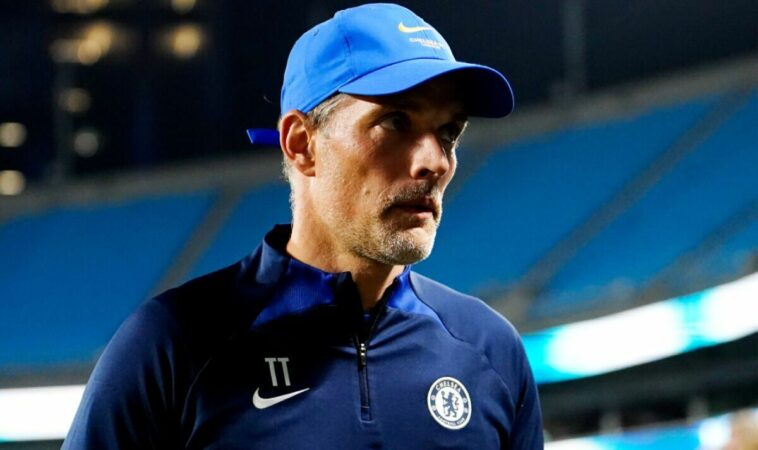 Arsenal icon Martin Keown has dubbed Chelsea’s latest summer signing Marc Cucurella as “nonsensical” after the Spaniard completed a deal to move to Stamford Bridge on Friday. The fee for the full-back could reportedly reach over £60million, prompting Keown to question the thought process behind spending so much on the former Brighton defender.

“Chelsea have gone out and paid £60-odd million for Cucurella – I think that’s nonsensical,” Keown told talkSPORT. “It’s an incredible amount of money. I think it’s too much. Cucurella, as good as he is, I think there are still players out there that are better. To pay that kind of money with Ben Chilwell still there, [Marcos] Alonso’s still there.

“It does feel like it’s panic buying. If you look at last season, if I had to say of the top four teams, if there’s one that could slide out of the top four, it could be Chelsea. Thomas Tuchel is an outstanding manager but all of his support team around him have disappeared.

“So there’s a bit of change there. The new owner’s come in and he wants to make a difference. On the eve of the new season he’s making a statement with that kind of signing. Is it overspending? I think maybe it is.”

The Blues’ Twitter account wrote: “CLUB STATEMENT: MARC CUCURELLA. Following reports from numerous media outlets this week, we can confirm an agreement has been reached with Brighton and Hove Albion for the signing of Marc Cucurella…