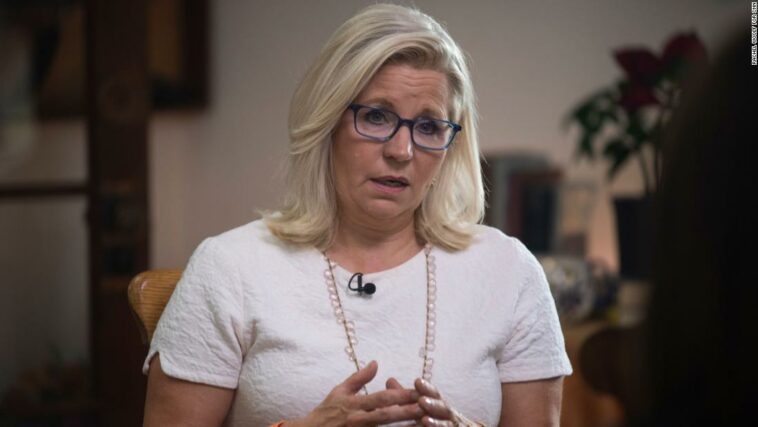 “Understanding what it means if the facts and the evidence are there, and they decide not to prosecute — how do we then call ourselves a nation of laws? I think that’s a very serious, serious balancing,” Cheney said.

“The question for us is, are we a nation of laws? Are we a country where no one is above the law? And what do the facts and the evidence show?” Cheney said…

She alluded to Judge David Carter, a federal judge in California who ordered right-wing attorney John Eastman to turn over 101 emails from around January 6, 2021, writing in March that he “finds it more likely than not that President Trump corruptly attempted to obstruct the Joint Session of Congress on January 6, 2021.”

“I think he’s guilty of the most serious dereliction of duty of any president in our nation’s history,” Cheney said of Trump. “You’ve had a federal judge in California say that it’s more likely than not that he and John Eastman committed two crimes.”

Back to Top
Close
X
Wray: Allegations ‘troubling’ about FBI agent covering up Hunter Biden information…In the NewsPoliticoKennedy then pressed Wray on allegations that Thibault — who Kennedy said worked on both the investigation of links between Trump and Russia a…