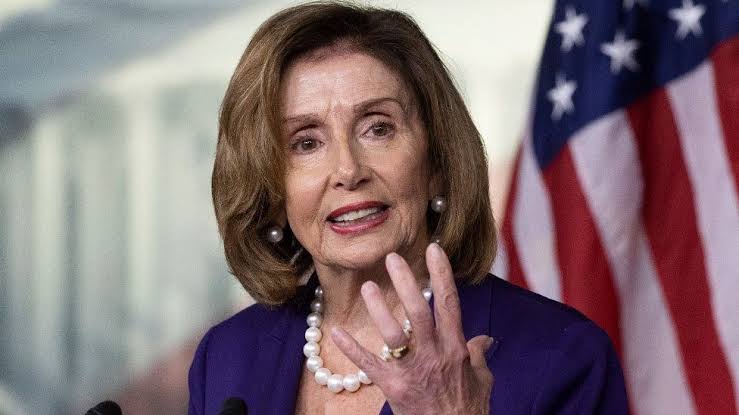 China has announced unspecified sanctions on U.S. House Speaker Nancy Pelosi for her visit earlier this week to Taiwan. A Chinese Foreign Ministry statement said Friday that Pelosi had disregarded China’s concerns and resolute opposition to her visit to the self-ruled island, which Beijing claims.

Pelosi was the highest-ranking U.S. official to visit the self-governing island in 25 years. China claims Taiwan as its territory and opposes it having its own engagements with foreign governments.

The Chinese statement called Pelosi’s visit provocative and said it undermines China’s sovereignty and territorial integrity. It said that sanctions would be imposed on Pelosi and her immediate family but did not say what they would be. Such sanctions are generally mostly symbolic in nature.

THIS IS A BREAKING NEWS UPDATE. AP’s earlier story follows below.

The Foreign Ministry on Friday said Vice Minister Deng Li made “solemn representations” over what he called “wanton interference in China’s internal affairs.”

China has dispatched navy ships and warplanes and launched missiles into the Taiwan Strait in response to a visit this week by U.S. Speaker of the House of Representatives Nancy Pelosi to Taiwan, which China regards as its own territory to be annexed by force if necessary.

On the Chinese coast across from Taiwan, tourists gathered Friday to try to catch a glimpse of any military aircraft heading toward the exercise area. Fighter jets could be heard flying overhead and tourists taking photos chanted, “Let’s take Taiwan back,” looking out into the blue waters of the Taiwan Strait from Pingtan island, a popular scenic spot.

On Friday morning, China sent military ships and war planes across the mid-line of the Taiwan Strait, the Taiwanese Defense Ministry said, crossing what had been an unofficial buffer zone between China and Taiwan for decades.

Five of the missiles fired by China since the military exercises began Thursday landed in Japan’s Exclusive Economic Zone off Hateruma, an island far south of Japan’s main islands, Japanese Defense Minister Nobuo Kishi said. He said Japan protested the missile landings to China as “serious threats to Japan’s national security and the safety of the Japanese people.”

Back to Top
Close
X
Wike may work against Atiku’s election, secretly working for Obi — Source…FeaturedFor the first time after the presidential primaries and selection of running mate which resulted in a crisis in the Peoples Democratic Party, PDP, the…