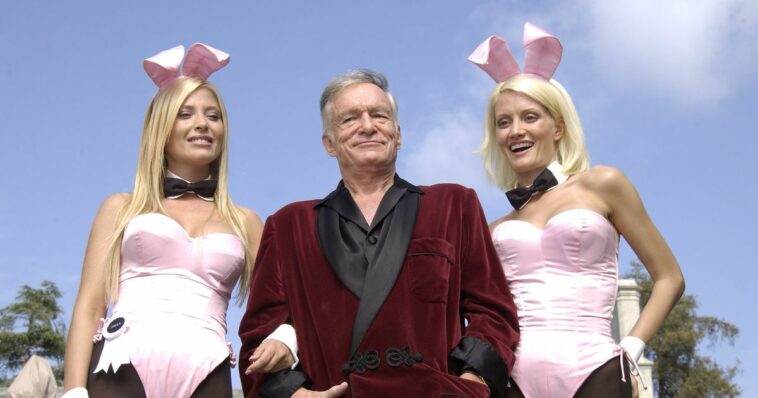 At its height, the Playboy Mansion was one of the most mysterious and sought-after places in the world, the home of the rich, famous and attractive and somewhere most people can barely imagine.

Which is why it’s so fascinating when you’re given a glimpse inside the 80s-styled walls of the late Hugh Hefner’s home.

And two Hollywood stars did just that when cult actor Corey Feldman and Jackass’s Steve-O appeared on the latter’s YouTube channel Wild Ride! to discuss their experiences of the LA mansion.

The two men revealed how they had met each other for the first time at the Playboy mansion in around 2002.

In the video Steve-O recalls being thrown out of the Playboy Mansion for drug use, while Feldman also revealed Hugh Hefner’s own approach to narcotics.

“I think I was doing cocaine really blatantly out in the open.”v

X
Britons start snitching on people ignoring hosepipe bans…In the NewsNeighbours have already started curtain-twitching on each other for flouting the hosepipe ban which came into force today.  One grandmother took …