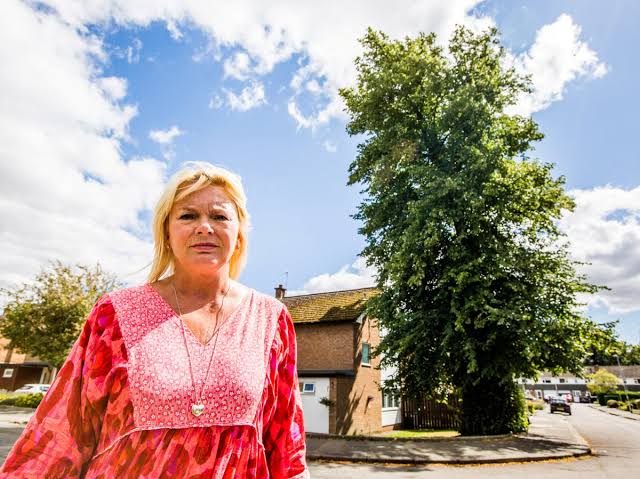 A primary schoolteacher has been refused permission to prune a giant, 72ft tree that towers over her home, despite it growing in her own garden.

Celia Senior, 57, fears the huge lime tree is at risk of falling on top of her three-bedroom detached property if it is left untreated.

She says the tree, which is on the couple’s land, was approximately 30ft tall but has grown more than two feet each year, to the equivalent of 22m.

It is now more than twice the size of their home and Ms Senior says it is making their lives a misery.

She applied to Darlington Borough Council for permission to have it trimmed to 35ft and even offered to pay £3,000 to have the work done professionally.

But town hall chiefs refused, saying it was protected by a tree preservation order and any pruning would ruin its appearance.

Ms Senior said: “When we moved into the house we knew about the tree preservation order and liked the tree, but it’s just too big now. It simply won’t stop growing.

“I really don’t want the tree cut down; I just want to manage it so it is safe.

Back to Top
Close
X
Source of River Thames ‘dries up’ as hosepipe ban looms for London…EnvironmentStandardThe source of the River Thames has “dried up” due to the prolonged period of warm weather, experts have said.Amid intense drought across the c…

Council stops woman pruning 22m tree in her own garden