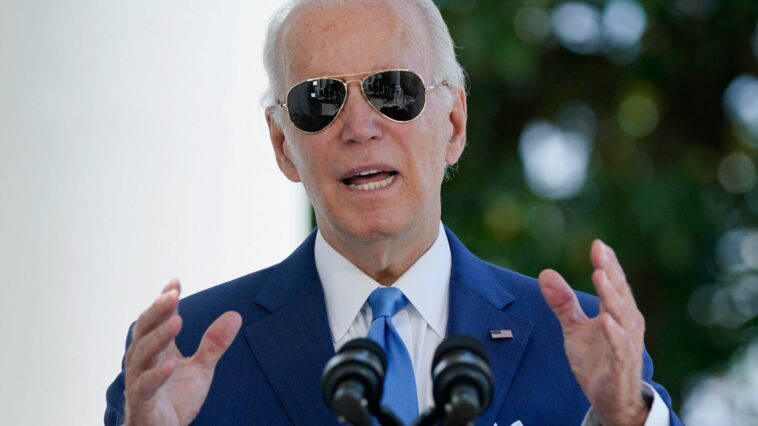 WASHINGTON – Still testing positive for COVID-19 and barely a week after metrics suggesting the American economy had entered a recession, President Joe Biden donned his trademark Ray-Ban sunglasses Friday to take a victory lap over a strong jobs report.

The Labor Department announced early Friday the economy had added 528,000 new jobs in July, a staggering number more than twice what economists were predicting. Previous months’ numbers were revised slightly upward as well.

On July 28, a different federal report showed that the country’s gross domestic product had shrunk by 0.9% in the second three…