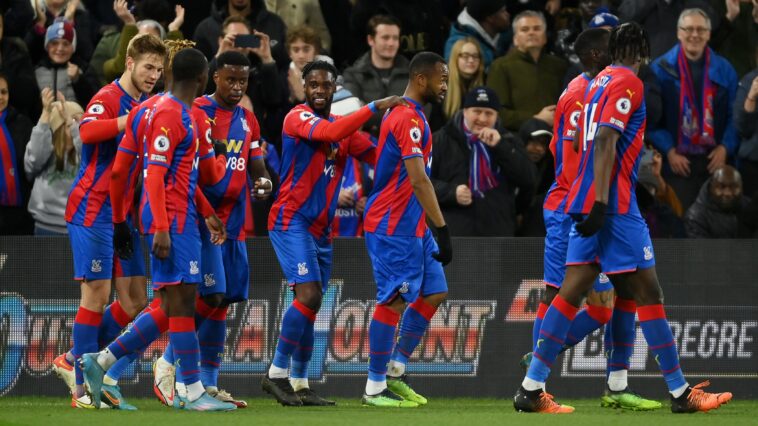 Gabriel Martinelli helped fire Arsenal to the first three points of the Premier League season in their 2-0 victory over Crystal Palace.

Martinelli headed home after 20 minutes as the Gunners made a promising start at Selhurst Park.

And while the hosts returned brighter after the break in a second half that saw few chances for either side, the wind was firmly taken out of their sails when Bukayo Saka’s cross deflected in off the head of Marc Guehi to put the game away.

We need your consent to load this Social Media content

We use a number of different Social Media outlets to manage extra content that can set cookies on your device and collect data about your activity. Please review their details and accept them to load the content.

Arsenal came to Selhurst Park hoping to avoid a repeat of last season’s shock opener when they lost 2-0 at Brentford.

The night began with a bit of last-minute drama for the hosts, who announced the departure of Christian Benteke to DC United after six seasons with the club.

Gabriel Jesus was one of three debutants for Mikel Arteta’s side, with Oleksandr Zinchenko and William Saliba also named in the Gunners’ starting XI.

Arsenal were the first to get a shot in after Jesus cleverly worked his way into the box, dodging two Palace shirts before his shot bounced off Guehi.

The ball landed at the feet of Martinelli at the edge of the area, but the Brazilian’s effort sailed well wide across the face of goal.