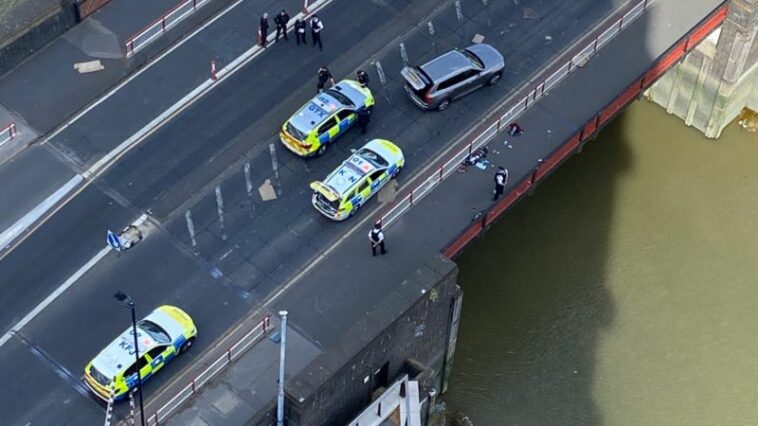 A man has been taken to hospital after being shot by police in south-east London.

Firearms officers responded to multiple 999 reports of a man with a firearm in Creek Road, Greenwich at 14:31 BST on Friday.

An eyewitness described seeing a man with an item that “looked like a semi-automatic 9mm or Glock-style gun”.

There is no ongoing threat to the wider public, the Met Police said. The man’s condition is not known.

The man was treated by air ambulance staff before being taken to hospital. No other injuries have been reported.

Significant cordons and road closures are in place…

X
Gang of 10 teens jailed for 124 years after teen murdered with 'Rambo' k…Crime SceneThe 10 attackers of an 18-year-old who died after being stabbed have today all been jailed for life.Jack Woodley was walking home from a fun…