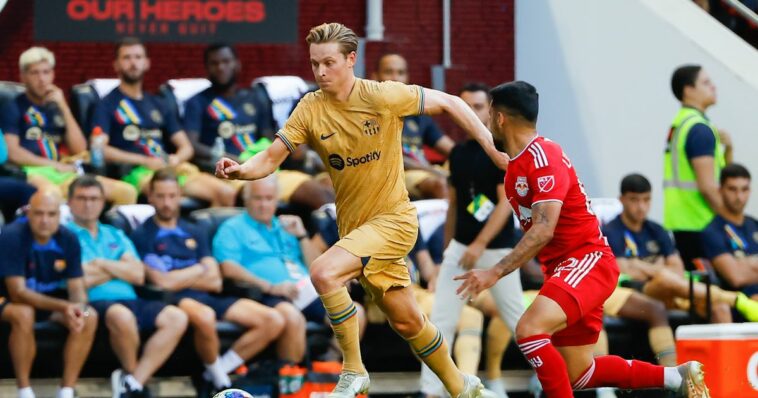 Former Tottenham manager Harry Redknapp has stated that Frenkie de Jong wants to join Chelsea over Manchester United, and claims he knows this “for a fact”.

With Barcelona still pressuring the midfielder into leaving the club amid an ongoing dispute over deferred wages and money owed to the Dutch international, both English rivals are battling it out to convince the 25-year-old of their respective projects. The Red Devils has agreed a £63million base fee back in mid-July but have yet to convince the player himself that Erik ten Hag’s project without Champions League football this season is the right step in his career.

Meanwhile, with Chelsea in direct talks currently with the Blaugrana over Marcos Alonso, it is also believed that new owner Todd Boehly is trying to successfully ‘hijack’ United’s agreement with the hope that the Champions League factor plus living in London would sway the thinking of Barca’s No.21. While De Jong would reportedly favour Chelsea over United, the problem has been more to do with the deferred wages and who will pick up the £17million plus bill that Barcelona haven’t been able to pay despite their summer transfer spree.

Surprisingly, former Premier League manager Redknapp has stated that Chelsea is the midfielder’s preference if he is to leave Barcelona this summer, before adding extra context as to what he knows personally on the deal at hand…

Back to Top
Close
X
Memphis Depay's number nine to Robert Lewandowski…SoccerFootball EspanaGripped by the euphoria of another big signing, probably the largest at Barcelona for a decade, around 45,000 tickets were sold for ent…