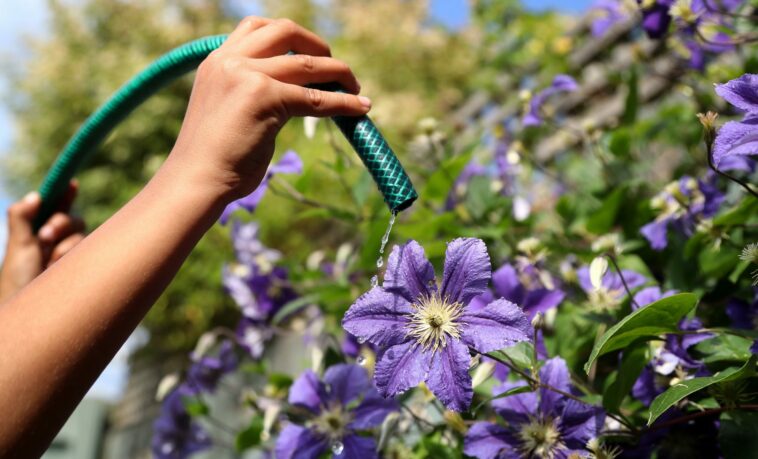 The first hosepipe ban to be imposed in England for a decade is now in force, affecting millions of people in the south of the country ahead of another predicted heatwave.

As of 5pm on Friday, residents in Hampshire and the Isle of Wight are subject to a so-called “temporary use ban” (TUB), which could see them face fines of up to £1,000 for watering their garden, cleaning a vehicle, or washing windows.

In Gloucestershire, the source of the River Thames has moved to five miles downstream – something the Rivers Trust described as “unprecedented”, and “sadly emblematic” of the climate emergency.

Southern Water said it has had to apply to the Environment Agency for a drought permit in order to continue taking water from the River Test, which supplies fresh water to Hampshire and the Isle of Wight.

It is now asking its customers in the affected areas to limit their water use “to reduce the risk of further restrictions and disruption” and “to protect our local rivers”, with the hosepipe ban set to remain in force “until we have had enough rain and the river flows are back to a normal level”.

The same measure will follow in exactly a week for South East Water customers in Kent and Sussex.

But critics point to the fact that Southern Water’s latest annual report showed it wasted nearly 21 million gallons of water a day due to leaks, only a slight reduction on the previous year…

Back to Top
Close
X
Council stops woman pruning 22m tree in her own garden…EnvironmentIndependentA primary schoolteacher has been refused permission to prune a giant, 72ft tree that towers over her home, despite it growing in her own ga…

X
UK weather: Heat health alert issued ahead of heatwave…EnvironmentIndependentThe UK Health Security Agency (UKHSA) has issued a heat health alert for all regions of England as the country braces itself for another he…