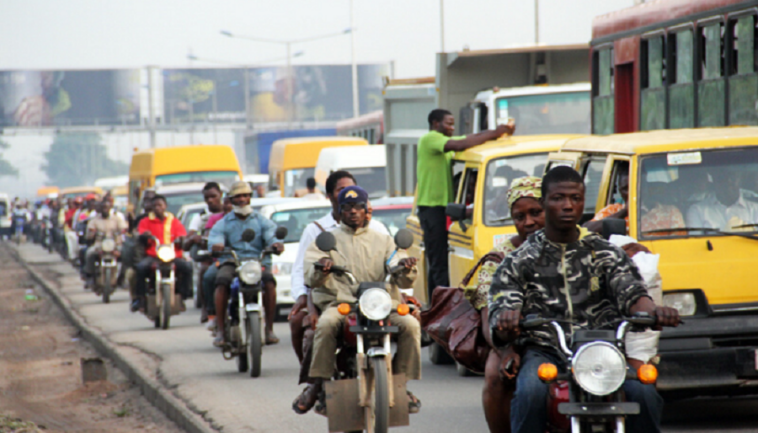 The Lagos State Government has threatened to henceforth arrest and prosecute passengers who still patronize recalcitrant commercial motorcycle operators popularly referred to as Okada who still ply the banned routes, warning them to desist from such acts.

The government has said that both the Okada riders and passengers who are found guilty of plying those routes banned by the government will face a penalty of either 3 months jail term or N50,000 fine, or even both as may be determined by the courts.

This was made known by the Chairman of Lagos State Taskforce, CSP Shola Jejeloye, who described the activities of the recalcitrant Okada operators as rebellious and promised to ensure that those who continue to disregard the ban would have their bikes confiscated and crushed by the state government.

Jejeloye who was speaking on the enforcement exercise which took place in Agege/Fagba, Apapa and Ajah, further stated that 322 bikes have been seized since the commencement of the week-long raid in the aforementioned areas of the State, assuring citizens that more will be done until the State’s vision of maintaining safety and sanity on Lagos roads is actualised.

Taskforce to continue with enforcement

The Lagos State Taskforce continued with its enforcement of the ban on commercial motorcyclists that ply restricted highways, particularly in the 6 Local Governments Areas and nine Local Council Development Areas across the State…

Back to Top
Close
X
2023: Prepare to suffer, naira'll hit 5,000 per dollar – Pastor Ibiyeomie warns against vo…In the NewsDaily PostPastor David Ibiyeomie of Salvation Ministry has cautioned Nigerians against voting the wrong political party in 2023.Ibiyeomie warned that …