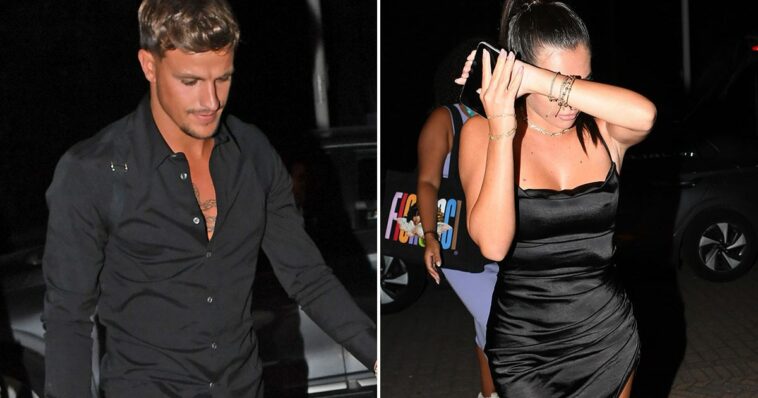 Love Island’s Gemma Owen and Luca Bish were spotted looking tense as they returned home after filming the reunion for the 2022 series.

Pictures of the couple were taken last night after they were leaving the ITV2 set with their co-stars.

The pair looked frosty as neither were seen smiling which hinted at tension between the pair.

The couple were pictured leaving the Love Island reunion recording which was filmed at Elstree Studios.

Gemma and Luca then returned to their hotel last night.

On their way out a photographer said to Luca “you’ve got your hands full there”.

Back to Top
Close
X
After Griner gets jail, Russia ready to discuss swap with U.S.…In Other NewsReutersRussia said on Friday it was ready to discuss a prisoner swap with the United States in private, a day after a Russian court jailed U.S. basket…