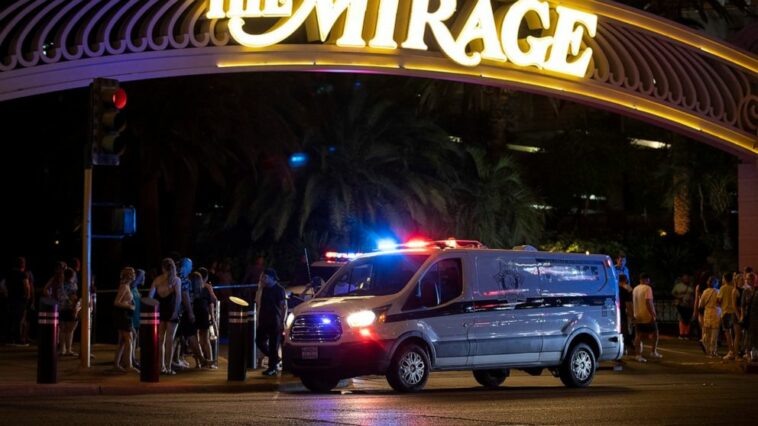 A 54-year-old man was identified Friday as the suspect arrested in the killing of one person and wounding of two others during a family argument in a Las Vegas Strip hotel room.

Billy Hemsley was arrested within six hours of the 8:30 p.m. Thursday shooting at The Mirage resort, Capt. Dori Koren and the department said.

A department statement said detectives located and apprehended Hemsley in a southeast Las Vegas neighborhood and he was booked into the Clark County Detention Center on suspicion of murder and attempted murder.

It was not immediately clear if Hemsley had an attorney who could speak for him ahead of an initial court appearance scheduled for Saturday.

Back to Top
Close
X
Republicans begin adjusting to a fierce abortion backlash…In Other NewsNew York TimesIn swing states and even conservative corners of the country, several Republicans have shifted their talk on abortion bans, newly emphas…