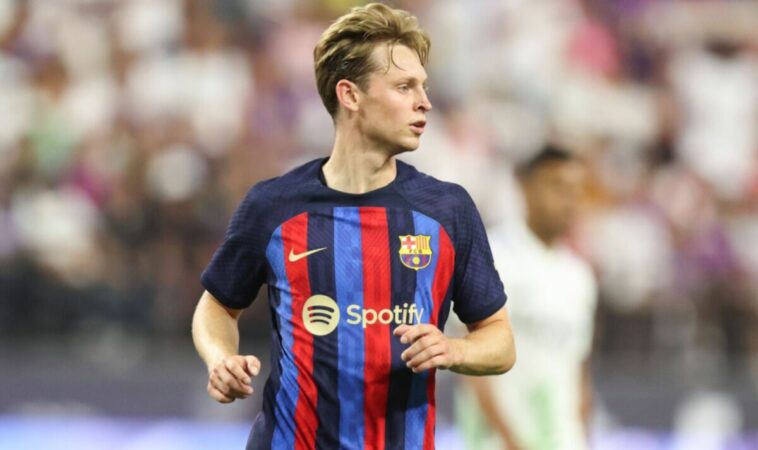 Former Tottenham manager Harry Redknapp has claimed that someone at Manchester United has given out information regarding their pursuit of Frenkie de Jong. The Barcelona midfielder has been linked with the Red Devils all summer, while Premier League rivals Chelsea have also been mooted as a potential landing spot for the Dutchman as they continue their spending spree following the addition of Marc Cucurella on Friday.

Redknapp has revealed that he has received information from someone high up at United that will not inspire optimism in their chase to sign the Dutch midfielder. “Now it looks like De Jong wants to go to Chelsea,” Redknapp told The Byline. “I know that for a fact, he wants to go to Chelsea. So Man United are not going to get him, I’ve had that from somebody right at the very, very top at Man United.

“He really wants to go to Chelsea, so if he goes to Chelsea and Man United don’t get him, I don’t know where they are going and if Chelsea get him then he would obviously be a fantastic signing for them.”

United’s attempts to sign De Jong have been complicated due to the £17million the player is owed from Barcelona in deferred salary payments, and Erik ten Hag was asked in his press conference for an update on the Red Devils’ stance on the deal. “We want Frenkie?” Ten Hag told reporters ahead of United’s Premier League opener against Brighton…