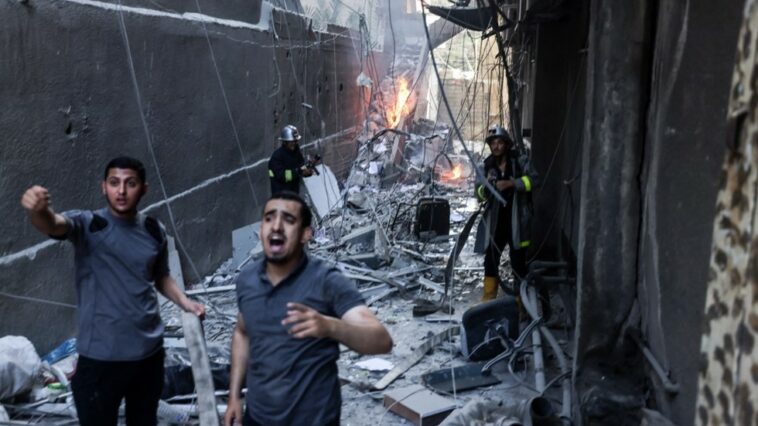 The Israel Defense Forces launched strikes on residential area in Gaza on Friday, in response to the alleged threat of assault by the Palestinian Islamic Jihad (PIJ). One of the group’s top members was killed. Local officials also say that the IDF attack left several civilians dead and dozens injured.

Video footage shows smoke rising from a densely-packed residential area of the Palestinian enclave, after Israeli forces conducted airstrikes. In a statement, the IDF said that the attack was launched following “the direct threats posed by the Palestinian Islamic Jihad in Gaza.”

The mission was named ‘Operation Breaking Dawn’ by the IDF.

❗The IDF is conducting operation “Dawn” against the Palestinian Islamic Jihad Organization in the Gaza Strip – press-service pic.twitter.com/TvHxKm7RT4

Back to Top
Close
X
'We are heading to battle': Jihadi groups declare war on Israel after wave of airstrikes i…More RifsArticles | Mail Online A wave of Israeli air strikes killed at least fifteen people and wounded 40 more on Friday, according to Palestinian officials,…