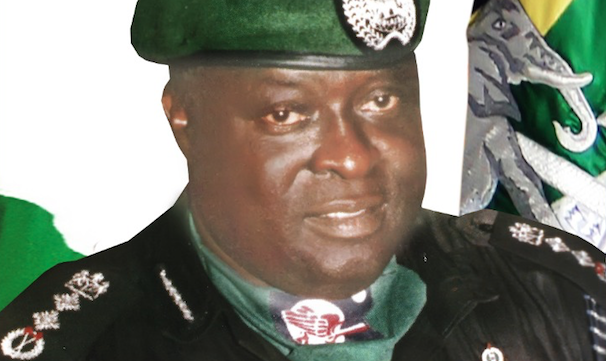 In his prime, Tafa Balogun was a powerful inspector-general of police (IGP). He controlled a large police force, surrounded by armed personal security details, had vast resources at his disposal and also had the ears of the high and mighty in the society, including the president. Indeed, he was the delight of favour seekers. A six-footer, he was large in stature and doings. His carriage was intimidating and his appearance commanded respect.

But he didn’t last long. The former IGP was brought to his knees by a junior officer in the force, Nuhu Ribadu, then assistant commissioner of police and chairman of the Economic and Financial Crimes Commission (EFCC). Balogun was caught with both hands buried in the cookie jar.

Slammed with multi-billion-naira corruption charges by the anti-graft commission, Balogun was handcuffed and led to the court. He was manhandled by junior officers who had probably saluted him while he held sway as the IGP. At a time, he slumped in court and began to convulse. How are the mighty fallen, the Holy Book quipped.

He entered a plea bargain agreement, the first of its kind in the country, and got away with a six-month sentence. The ex-IGP was reported to have spent most of the jail term bedridden at the Abuja National Hospital. At a time, there were rumours that he died in prison.

Thereafter, Balogun retreated from the public glare. Some said he was nursing some ailments, while he occasionally appeared in public functions. On Thursday, he finally succumbed to death at a hospital in Lagos after a brief illness.

Mustafa Adebayo Balogun, nicknamed Kumawu, was born in Ila Orangun, Osun state, on August 8, 1947. He was married to Olufunke Balogun and blessed with children.

Back to Top
Close
X
‘Is sex worth the risk?’ Monkeypox just the latest virus to threaten gay intimacy…Special ReportDecades after the Aids pandemic began, game-changing drugs restored some peace of mind. Now monkeypox puts that progress at riskLast week, I went to m…

X
Most Americans today are choosing cremation – here’s why burials are becoming le…Special ReportDavid Sloane, University of Southern California The National Funeral Directors Association has predicted that by 2035, nearly 80% of Americans will op…