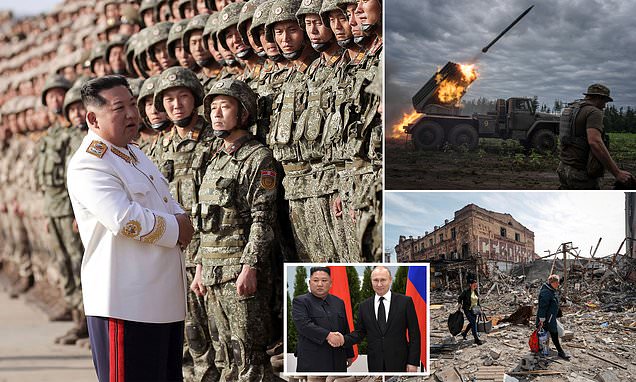 A desperate Vladimir Putin is considering turning to North Korean dictator Kim Jong Un for help in his invasion of Ukraine, and is willing to offer energy and grain in return for 100,000 soldiers, according to reports in Russia.

North Korea has made it clear through ‘diplomatic channels’ that as well as providing builders to repair war damage, it is ready to supply a vast fighting force in an attempt to tip the balance in Moscow’s favour, reported Regnum news agency.