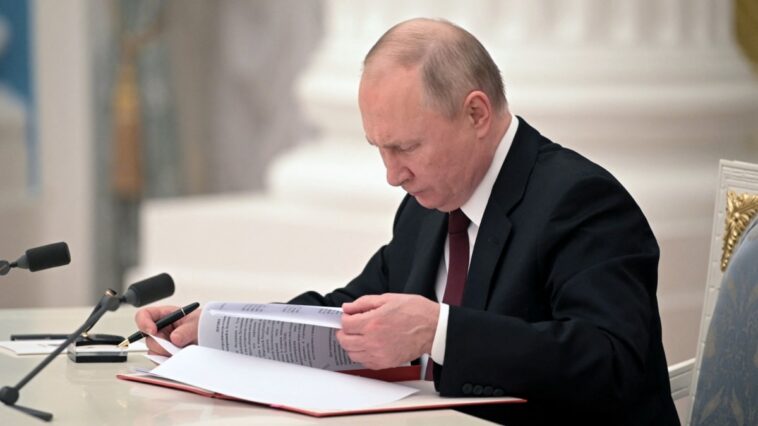 Russian President Vladimir Putin has signed a decree that bans investors from so-called “unfriendly countries” from selling shares in certain strategic enterprises until the end of the year.

According to the decree, signed on August 5, the ban also applies to stakes in banks and in the Sakhakin-1 oil and gas development in Russia’s Far East.

The decree also says that the government and my…

X
Wray: Allegations ‘troubling’ about FBI agent covering up Hunter Biden informati…In the NewsPoliticoKennedy then pressed Wray on allegations that Thibault — who Kennedy said worked on both the investigation of links between Trump and Russia a…