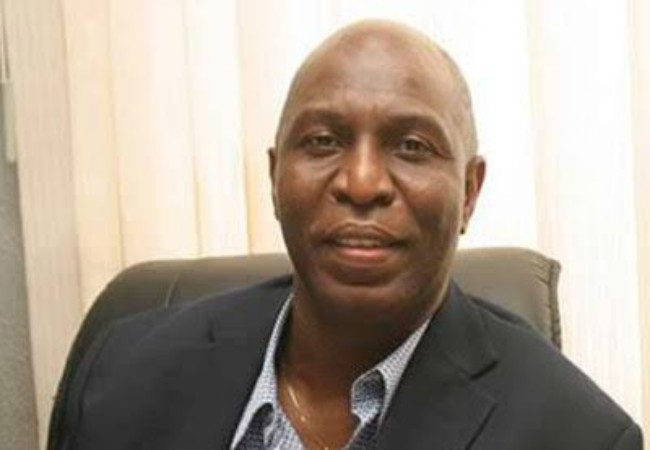 Professor Okey Ndibe is a great intellectual I hold in high esteem. We had communicated in the distant past via email. He happens to hail from Anambra State just like yours truly, him Amawbia and me, Ihiala. We both wrote in an online platform, Nigeria Village Square, many years ago. He was a voice of reason, a great patriotic Nigerian with rich academic credentials. We shared a principled stance about how Nigeria, our country, had been run aground by a rapacious elite and how, through our collective interventions, we could give a helping hand towards her redemption.

Prof. Ndibe recently intervened online as regards the presidential poll of next year. He responded to questions during the online interview programme ’90-Minutes Africa’ hosted by Rudolf Okonkwo and Chido Onumah on Sunday, July 24. It was vintage Okey Ndibe in his intellectual best element. It has been quite a long time we have heard from him, so it was refreshing hearing him speak once again.

According to the US-based author and social critic: “Obi has excited a lot of Nigerians, especially young Nigerians. The reason for that is understandable …Nigerians have not had in a long time a political aspirant who appears to think about the problems in the country, spell out those problems and articulate ways of addressing those problems”.

And pushing further he had said: “So, Obi comes with figures and Nigerians see that as a breath of fresh air. We always needed that. When Obi talks about all the issues, it excites Nigerians …And Obi comes across as a youthful, physically fit person. So, there is this combination of a certain sense of intellectual vibrancy and physical fitness which should be a welcome departure from what we have Nigeria”.

However, the renowned author and lecturer had elaborated on some shortcomings he believed may hamper Peter Obi‘s leadership capacity and offered some suggestions on how they could be mitigated. Hear him: “Obi has a certain cult of personality …He is extremely self-referential. And that is not a good thing in a leader … Obi also tends to over-promise. Nigeria”s problems are so deep and so fundamental and vast. So, when you give the impression that if you are made president, you will solve everything, then I will say pause for a minute”.

Prof. Ndibe was not done yet: “Another problem I have with Obi is what I call the self-inflicted hypocritical wound. When people don’t ask you certain things, don’t go stating things which may turn out on scrutiny not to be true …I will say to him not to hug the microphone so much; not to be there speaking so much; to create a network of people who will work for him and to begin to appoint advisers in different areas”.

The popular writer concluded by saying that: “I think that clearly, of the three major candidates, Obi is the most exciting. We see that excitement on the internet. So, maybe Obi is going to spring a surprise. But in other to do that he has to defeat not only the monster of ethnicity and religion”.

Prof. Ndibe was very apt critically and objectively in his assessment of the Labour Party’s presidential hopeful. Obi needs to correct certain behavioural attitudes and mannerisms if he hopes to trounce the strong opposition come February. Winning the presidency next year cannot be seen as a walkover from every stretch of imagination. Not even Asiwaju Tinubu or Atiku Abubakar can lay any claim to such easy and cheap triumph.

Writing recently on his weekly column in the Nation Newspaper Sam Omatseye had hit hard at Obi questioning his stewardship as the former Anambra State Governor, dismissing his chances at the upcoming presidential poll and accusing him of playing religious politics. He accused him of disguised corruption saying his wife had spent millions of Naira corruptibly. Omatseye declared that Obi was using religion as a bait.

According to the popular columnist: “Obi has become a shelter for both miscreants and activists of the crowd.” The Chairman of the Editorial Board of The Nation Newspaper said Obi was tagged stingy because as Governor he only spent on himself and family! He claimed wildly that: “no economy works in history by saving money. It stifles the economy”.

Continuing in his toxic attack the veteran journalist linked the ‘Obidient’ movement to the Biafran liberation cause alluding to the Biafran state agitators dropping their guns for the social media in an Obi-for-President frenzy. He alleged that Obi had become the ‘darling’ of Pastors as he visited church after church in search of the Christian votes.

Ordinarily, Omatseye’s diatribe could have been understood better had he not been working for the Nation newspaper owned by the APC presidential candidate, Asiwaju Bola Tinubu. It was a disgusting read through and through! Reading through the vitriolic piece laced with Igbophobia and loathsomeness one came out with the impression that Omatseye must have received an Asiwaju marching orders to do the piece or be sacked! Or he did it in order to curry favour from the Lagos big man.

Since he wrote the offensive article the ‘Obidient’ army are up in arms online. And columnist Omatseye himself had alleged death threats emanating from them! He called on Obi to rein in his massive online crusaders because if anything happened to him Obi would be held responsible. As a social critic of repute Omatseye should not be afraid of death or be bothered by the menace of same.

No one would kill him for making his opinion public. No, we are still under a democracy (though bastardised) where every opinion counts and where freedom of expression is enshrined in the Constitution. So he is free to express himself.

Perhaps, Obi’s eloquence and mobilisation skills is giving the Omatseyes of this world sleepless nights. Nigerians are aware of Asiwaju Tinubu’s many baggages — his age discrepancies, his ‘bullion-van’ controversy, his phony academic credentials, his many names and origin. But Omatseye could not write about them because he eats and breathes today because he is paid from one of Asiwaju’s corporate interests. Omatseye should have interrogated what many Nigerians are interrogating lately about Tinubu’s corrupt past as Lagos State Governor or his godfather role in the imposition of his successors.

Asiwaju Tinubu is reputed to be stupendously rich yet Omatseye never bothered questioning how he became rich or what he did to justify such opulence. While Obi never spent a dime to be able to win the Labour Party’s presidential candidate Asiwaju BAT spent millions of Dollars to ‘buy’ himself the misruling APC party’s presidential candidacy! These are the things that ought to preoccupy Sam Omatseye and not how Obi and his movement are gearing up towards the next year’s election.

If patriotism should be a yardstick to […]

X
Life’s unexpected turbulenceOpinionBy Fola OjoThe behaviours of some men are too confusing to fathom. Why some people do what they do we may not know. People kill at will. They kidnap a…