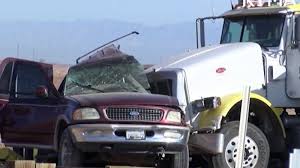 A person in a large SUV drove through a parade in New Mexico on Thursday, injuring multiple people including two police officers.

State Police Lt. Mark Soriano said no one was killed in the incident in the city of Gallup and he couldn’t elaborate on the extent of the injuries, the Albuquerque Journal reported.

New Mexico State Police said on Twitter that the driver was in custody and they were investigating the incident.

“Multiple people, including two Gallup PD officers, injured and are being treated on scene,” the tweet said…