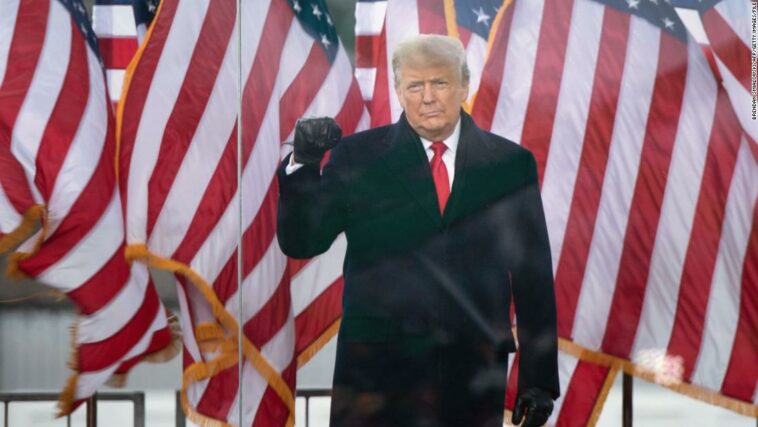 The Justice Department has been anticipating a court fight with Trump over executive privilege. The issue has arisen as grand jury subpoenas have been issued to two former White House counsel’s office officials and to former Vice President Mike Pence’s chief counsel and chief of staff.

Some members of Trump’s legal team have discussed his potential defense strategies on at least two occasions in recent months, according to two sources familiar with the matter, as they brace for new developments in the Justice Department probe and a separate investigation by Georgia officials into his potentially criminal meddling in the state’s 2020 election results. Rolling Stone previously reported that Trump had been briefed.

X
Ron DeSantis is right on the executive duty to enforce the law…RifsNational ReviewOf course, executive officials — presidents, governors, prosecutors, cops — have always had discretion in individual cases, and even in…