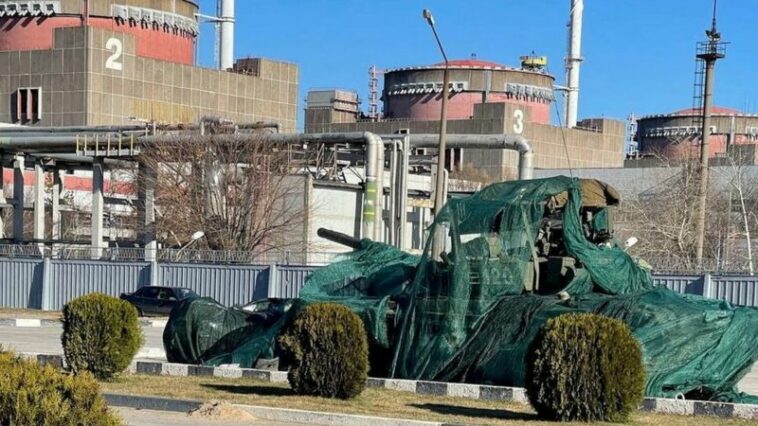 Russian forces at Europe’s largest nuclear power plant in Ukraine are employing “terror tactics” by using the site to launch rocket attacks on civilians, the BBC has been told.

“Every morning we wake up and see that they have hit only residential homes,” a local businessman told us.

Russia seized the Zaporizhzhia plant in March but kept its Ukrainian employees.

On Friday, Russia and Ukraine accused each other of hitting at least one of the plant’s power lines.

Western officials have sounded the alarm about Russia’s tactics there.

The Zaporizhzhia nuclear plant is in the city of Enerhodar, in the south-east of Ukraine along the left bank of the River Dnieper (Dnipro in Ukrainian). It is currently being operated under Russian supervision.

In its daily intelligence update, the UK defence ministry said Russia was using the area to launch attacks – taking advantage of the “protected status” of the nuclear power plant to reduce the risk of overnight attacks from Ukrainian forces.

The head of the UN’s nuclear agency, Rafael Grossi, warned this week that the plant was “completely out of control”.

X
Tweeps knock entrepreneur for naming product 'Soro Soke'…In the NewsPunch News A Nigerian-born American YouTuber and business owner, Jackie Aina, has come under fire for naming her products after an EndSARS protes…