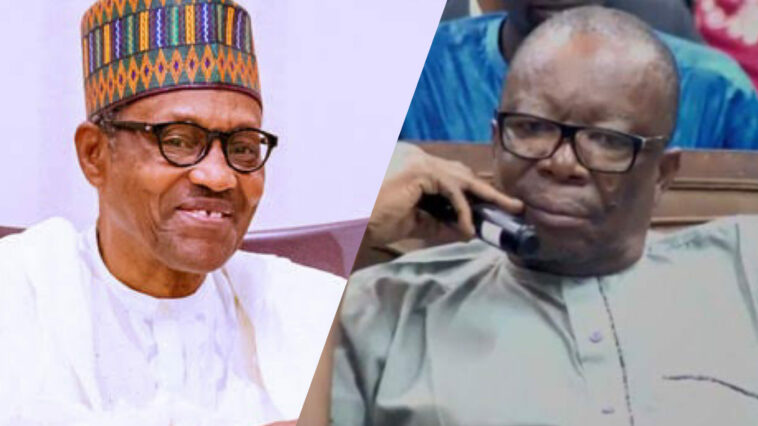 Minister of State for Labour and Employment, Festus Keyamo, has disclosed that the President Muhammadu Buhari regime has neither resources nor intention to halt the ongoing industrial action by the Academic Staff Union of Universities (ASUU).

Speaking on a Channels Television program on Friday, Mr Keyamo said his advice to parents of stranded university students is to plead with ASUU to return to the classrooms.

“I will tell parents and everybody; go and beg ASUU,” he said.

The minister said ASUU’s demand for its rightly earned wages amounted to blackmail and that schools will not be opened at the expense of other economic sectors.

‪”You cannot allow one sector of the economy to hold your jugular and then blackmail you to go and borrow 1.2 trillion for over heads when our total income will be around 6.1 Trillion and you have roads to build, health center to build, other sector to take care of, critical infrastructure to take care of,”…

Back to Top
Close
X
Kenya hopes for election free of violence as contest enters final stages…Live NotesWorld News - Breaking international news and headlines | Sky News Millions of Kenyans will be voting for their next president this Tuesday.It's a clos…

We cannot pay ASUU, parents should beg them to return to school: Buhari regime

X
Naira Fall: EFCC threatens to clamp down on ‘Forex hoarders’…Live NotesHeadline Stories Archives | Premium Times Nigeria EFCC has threatened to begin a clampdown on Forex hoarders whose activities are said to be contribut…