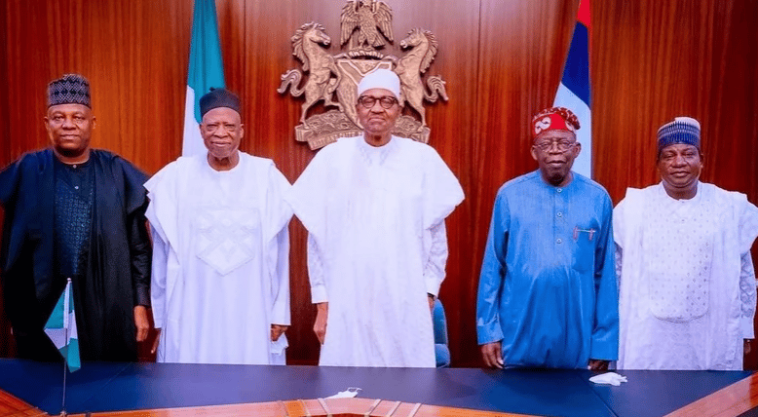 The National Chairman of the All Progressives Congress (APC), Abdullahi Adamu, has revealed why Governor Simon Lalong of Plateau State was appointed as the Director-General of the Bola Tinubu Presidential Campaign Council.

Naija News reports that the APC chairman had announced Lalong as the head of the presidential campaign council during a chat with State House correspondents on Thursday.

Adamu had earlier presented Lalong to President Muhammadu Buhari at the Presidential Villa in Abuja as the DG of Tinubu’s presidential campaign council.

In a chat with reporters on Thursday, Adamu said that the choice of Lalong was based on his ability to do the work required to ensure victory for the party in the 2023 presidential election.

The APC chairman also expressed confidence in the chances of the ruling APC winning the forthcoming elections, stating that the party will continue to work towards improving the lives of Nigerians.

Back to Top
Close
X
APC And Changing Dynamics Of Party LeadershipPolitical LandscapePolitics – Leadership News The governing All Progressives Congress (APC) is, once again, mired in crisis. This time around, the governing party is wal…

Why Lalong Was Appointed As Tinubu’s Campaign Council DG – Adamu